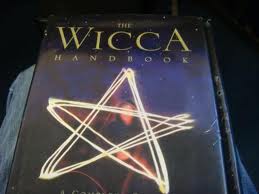 Wicca is one of the so-called “Neo-pagan” religions. As a religion, influenced by the Celtic world and the contact with nature, it is based on the worship of the ancient pagan gods, preferably one God and one Goddess, – the Lord and the Lady – as a reflection of the feminine and masculine part that we all carry inside; both equally important. The Wiccan cult – also called the ‘Old Religion’ or ‘Art’ – is a religion full of joy and spontaneity, where there is no fear of sin or eternal punishment – ideas introduced by Christianity – and which stands out above all for its extraordinary union – and respect – with Mother Nature. And in spite of what is believed, in this religion one does not believe in Satan, the Devil, the Devil or any other similar entity since this entity concretely belongs to the Christian customs and therefore does not correspond to the Wiccan religion.

Unlike most other religions, Wicca does not have sacred texts, does not have teachers with great power, is not based on hierarchies and does not impose any obligations. Freedom and respect for oneself and for others is the absolute motto; that is, the awareness that individual freedom ends where the freedom of others begins, that it is as sacred as one’s own and must be respected and protected.

They believe in the worship of Nature and in the use of Magic as a tool for self growth, but never in the form of attacks on other people or beings. This type of magic is known as “White Magic”, although for a Wiccan there are no variations of Magic, referring to assigning it different colours, such as black, white, red… Only one magic exists although depending on the use it is given, it is defined in one way or another.

Wiccan magic is first and foremost synonymous with freedom and personal joy, and its cornerstone is based on the motto DO WHAT YOU WANT WHILE YOU DON’T HARM ANYONE.

They usually meet in congregations called coven, where a maximum of 13 people are included. When there is a greater number, they are subdivided to form a new coven, always presided over by a high priest in presentation of the god, or a high priestess, representing the goddess.

But there are also many Wiccans who practice this religion as independents and are the so called ‘solitary witches’.

The Wiccan religion is based on absolute freedom, as long as others are never harmed.

There are several Wiccan currents. Some are rather classical, others more modern, but all are branches of the same tree. The most important are:

Their rites are full of joy and spontaneity, and are always performed as close to nature as possible, and the moon and its phases are of paramount importance to their rites.

Their celebrations are divided between ESBAT and SABBAT.

The Sabbaths are 8 and coincide with the equinoxes and the changes of seasons.

The Esbat are lunar celebrations and they are celebrated as many as there are full moons in the year, that is to say from 12 to 13.

This religion pretends to be, together with the other two “neo-pagan” religions (Asatru and Druidism), a recovery of the ancient pagan traditions that were given in Europe preferably before the arrival of Christianity.

Wicca is today a religion that is causing a great boom among the youth population, all of this caused by the general discontent with the already established religions. Interest in the “paranormal”, the Mystery, the “Supernatural” and ancient beliefs and religions is growing, including Wicca, which is gradually making its way into Society. And although it is not as well known – or recognised – in Spain, the number of its followers is growing steadily. But it is above all in the Anglo-Saxon countries and particularly in the United States, where it has a greater number of followers and is recognised by the American government as a religion. Likewise, the American army includes Wicca as a religion in its officers’ manual, and teacher training institutes include it with descriptions of the behaviour and treatment of children belonging to this religion.