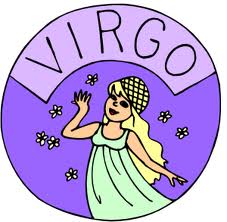 In the cycle of the seasons, Virgo has to deal with the decline of summer: nature has already borne fruit and is now naked after the harvest and is slowly closing in on itself. The soil of Virgo is therefore temporarily arid and is preparing for future fertilisation, as the symbol of the sign suggests, a girl holding an ear of wheat in her hand. Virgo is a sign of conservation, of caution and of analysis, as well as of the exploitation of the ‘technical’ skills necessary for the perfect functioning of the whole. In the psychology of the sign, the critical sense governs: self-criticism, but also biting criticism of one’s neighbour, always examined with acute attention.

The individual is perceived as a complex entity: he or she is divided into a complicated process of personal analysis, is aware of his or her own virtues, but also realizes with distaste his or her own defects, recognized and judged without any pity.

In this anxious nature, the discovery of one’s own limitations accentuates insecurity and reveals and sets in motion a self-defence mechanism consisting of careful control of emotions and feelings, and the perfecting of technical-intellectual skills, which one trusts in all circumstances, following careful rituals.

His realistic and at the same time distrustful spirit makes it essential to identify solid points of reference, whether psychological or material; the obsession for order that this native often manifests is in fact a demand for inner cleanliness and clarity that allows him to constantly justify himself and his own behaviour, while at the same time finding himself safe in the complexity of life. Often shy, the native does not lack sensitivity, which, however, he considers a weakness; feeling shy of his own emotions, he prefers to communicate through his ability in discussions, express himself through intelligence and show himself efficient and reasonable.

The rational sphere predominates over the emotional one and sometimes determines it in excess, provoking inhibitions; his intellectual gifts are considerable, to the analytical and methodical intelligence, with tendency to the depth and the perfection, they add an optimal practical sense and, frequently, manual ability.

The need for security is reflected in a parsimonious management of energies and money: moderation, skilful programming, and attention to detail determine a rhythm of life made up of a totality of little things.

Virgo, the sign of daily life, of service, of work done day by day, is in the Zodiac the one that puts the greatest emphasis on the care of health and the environment, since it does not tolerate waste or the misuse of available resources. Materialism is another of the outstanding characteristics of the native, interested in carving out a position for himself that frees him from fears and inferiority complexes; nevertheless, it is rare for him to undertake reckless or risky initiatives, since he prefers to follow a path that is perhaps more modest, but also safer and more profitable, that protects him from the unexpected.

Being very industrious, he gladly devotes himself to his occupations, executed with admirable scrupulousness. To be useful is for him a primary objective; very solicitous, although not very expansive, he shows his love for his loved ones through small attentions and kind gestures. Apart from his lack of spontaneity, moralism is a defect that reduces his altruism; his pondering can degenerate into greed and the fear of failure can lead the natives to a petty and envious attitude, with a tendency to malicious criticism and gossip.

On the other hand, the love of order risks becoming obsessive, being carried to the ultimate consequences. The native has a good chance of success in subordinate or collaborative activities, which can slowly open the way to more respectable positions, thanks mainly to his intelligence and skill in business and work.

In love, Virgo, under his reserved appearance hides a burning heart and great firmness. Superficially he may seem distant and cold, but inside he is devoured by passion.

Due to his characteristic reserve, Virgo does not fall in love easily, since he is not willing to waste time and affection with anyone who does not give him proof of deserving it; but once he has found the ideal person, his caution will disappear and he will turn totally to her, filling her with attention and gifts of all kinds.

But if someone misbehaves with a Virgo, or tries to take advantage of him, this native will not hesitate to put him in his place. That’s why anyone who tries to abuse his love or trust can only do so once; there will be no second chances. Virgo has very strict principles and applies them rigidly in all areas of his life. He has very clear ideas, knows very well what is good or bad and will not allow anyone, not even his partner, to transgress that line for him so clearly defined.

Since Virgo is very demanding with himself, he will demand the same from his partner; detailed, tidy and punctilious, it is not easy for him to find the ideal person. The most negative aspect of his affective personality is his extreme demand, he always seems to be putting himself to the test, and this will make many couples flee from his side before they have understood him in depth, with which Virgo will only manage to feel hurt since under his strange rules a great dose of insecurity is often hidden, hence he feels comfortable and safe within the rules.

In the human anatomy, Virgo has the abdominal region and the intestine, and the nervous system is also important.

Fear of poverty and disease