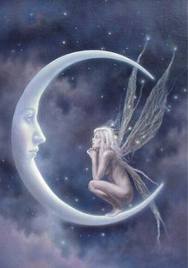 The influence of the Moon on man is not a mere supposition or a dream of romantic poets, but a reality that has its basis in the proximity of our planet, as they are only about 384,000 km away. To give us an idea of the influence that the Moon exerts on the Earth, its own force of gravity is what keeps the inclination of the Earth’s axis constant, which is 23º, if this influence were to cease, the inclination of the Earth’s axis would change, with the consequent climatic changes. This same force of gravity, combined with that of the Sun, is the cause of the tides. This effect is more intense on the days of the full moon or of the new moon, as the three planets – the Sun, the Moon and the Earth – are alienated. When the Moon is in a waxing or waning phase, the effects on the tides are less.

And how important is this to us? It should not be forgotten that the human body is made up of three quarters of liquid, so we also have our own little personal ‘tides’. We have all had days of being strangely excited, or nervous, or having trouble sleeping, or days of unexplained ‘slumps’…in fact, a great variety of biological cycles are influenced by the lunar cycles and among the many living organisms that follow a kind of lunar cycle, there is the human being. We all know someone who is particularly affected by these cycles and who is sometimes affectionately referred to as a little ‘lunatic’… the menstrual cycle of women, which is approximately 28 days long, is closely associated with the lunar cycle. In fact, it has been statistically proven that on the days of the full moon, childbirths rush in, there are more suicides and more violence. And it is also the Moon that inspires, the ‘muse’ of artists and all beings with a fine sensibility.

On a more everyday level, we have all realised that when we cut our hair, for example, sometimes it grows before others. Even if we pay attention, we will notice that the bleeding from the wounds is also more or less abundant depending on the phase of the moon.

What we normally know as the lunation is called the astronomical synodic revolution and lasts 29 days, 12 hours and 44 minutes. This is the time it takes for the Moon to occupy the same position in relation to the Sun, and it is the time from one new Moon to the next.

At the time of the new Moon, or novilunium, it occupies the same degree as the Sun, forming an aspect of conjunction. The sun illuminates the non-visible side of the moon, so that the side we see from the earth is dark. The Moon is not seen and the night is more closed. During the next 14 days, the movement of the Moon gradually discovers another part of its surface: the crescent Moon. In the middle of this process – seven days and nine hours after the ninth moon – the Moon forms a 90° angle to the position of the Sun, forming a semi-circle: it is the fourth crescent. The Moon continues to ‘grow’ and when it reaches the opposite degree from the Sun – i.e. 180° – it receives all the sunlight on the face visible from our planet: it is the full Moon. The night is clearer and much brighter.

After this phase, the Moon gradually begins to ‘decrease’ in size over the next 14 days: the waning Moon – after 22 days and 3 hours after the first moon – at an angle of 270° to the Sun: this is the fourth waning Moon. And we reach 29 and a half days, in which the Moon again occupies the same degree as the Sun and disappears from our sight to give way to the next lunation.

Many jobs are not achieved or worse, the opposite effect to our wishes is achieved by not paying attention to the power of our wonderful MOON.