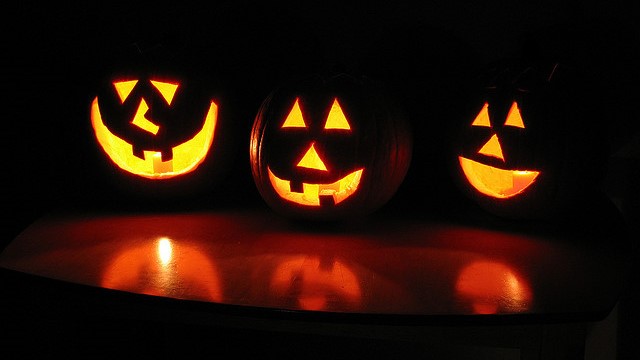 The night of the 31st of October, according to tradition, is THE night of witches and ghosts, and begins two days in which we celebrate the dead.

The religious and the pagan are mixed in this date full of symbolism. It is the night of witches and wizards, of wizards, of horror stories, of remembering loved ones who are no longer physically among us, of invoking fate in various rituals, but, above all, it is their night, the night of the spirits.

This ‘festival of the spirits’ was one of the main Celtic festivities and continued well into the Middle Ages, as for them the spirit world was a place of perfect happiness where there was no hunger or pain, so communicating with them and inviting them into this world was a good thing. Moreover, the ancestors could set the best guides to pass from this life to the immortal one.

That is why this SAMHAIN festival had the main objective of paying homage to the ancestors through magical rituals and receiving them at home as they deserved. But first they had to be helped to find their way home and to do so they used fires and candles. Hence the importance of bonfires – each household lit one – which has led to the use of candles and incense today.

This Celtic festivity was assimilated by the Romans in their conquest of Britain around 46 BC, although they already celebrated, in the last days of October and the first days of November, the so-called harvest festival, in honour of POMONA, the goddess of fruit trees.

The result was the fusion of both traditions until with the Christianization of the Roman Empire and to try to erase its pagan origin, it became the festival of ALL SAINTS.

THE BIRTH OF HALLOWEEN

The Irish and Scottish emigration to the United States meant that their celebration also took root in the new world under the name of ALL HALLOW’S EVE and, as time went by, it changed to the present day with its current name HALLOWEEN.

The famous pumpkins carved with a face seem to have their origin in a legend of Celtic-Irish origin about a certain Jack ‘the one with the torch’. A farmer famous for his lies and deceptions, who was considered by all to be mean and as evil as Satan himself.

Legend has it that after his death, neither St. Peter admitted it in heaven nor the devil in hell. So he was condemned to wander the roads with a hollow turnip that had a burning coal inside as the only light to guide his eternal wandering between the realms of good and evil.

In time, the peasants realized that Jack’s lantern kept away evil spirits like him and began to make their own lanterns, trading the turnip for a pumpkin, which was bigger and easier to carve.

Another tradition says that the lit pumpkin lights the way for the good dead on Halloween and that the house where one is kept does not receive a visit from Jack to propose ‘trick-or-treating’ or the undesirable dead.

CHILDREN AND THEIR TRICK

The tradition of TRICK OR TREAT is widespread in the United States and consists of children, in costume, going around their neighbourhood, from house to house, asking for sweets and treats. And if they don’t get them, they make some innocent and funny mischief. The origin of this custom goes back to nineteenth-century Ireland and England, where poor children went out begging especially on this night. The rich would give them sweets called SOUL CAKES in exchange for praying for the souls of the dead in that house, because they believed that God would listen to a child more.